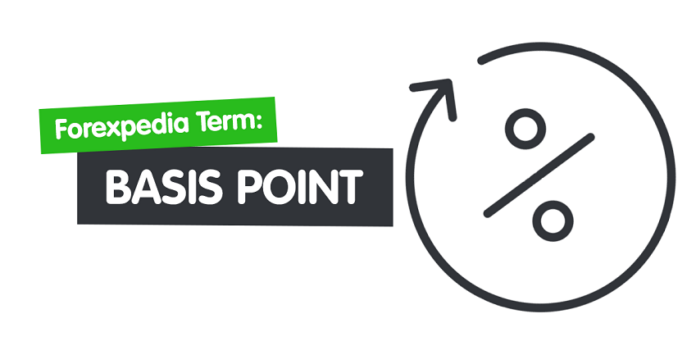 A basis point is a unit used in trading to describe a fraction of the percentage used to express changes in the value of financial instruments.

A basis is also referred to as bp, which is pronounced “bip” or “beep”.

A basis point is used as a measure of the change in the value of assets or a change in interest rates.

The basis point represents change expressed as a percentage of the value.

It signifies a fraction of the percentage, meaning that one basis point change would indicate a change of 0.01 percent, while a 100 percent change in terms of bps would be a 10,000 basis points change.

Accordingly, a basis point denotes one-hundredth of one percent (1/100 of 1 percent).

Translating percentage change to basis point is done by multiplying the percentage by 100.

For example, a change in an instrument is stated to be 80 basis points. The conversion is as follows:

Another example, the change for another instrument is 2%. The conversion is as follows:

The need for this type of measure comes from the confusion which may arise when changes are stated only in percentages.

For example, saying that the rate of 10 percent has a positive change of 2 percent is difficult to understand.

So is the change from the current 10 percent to 12 percent or the increased rate is 10.2 percent?

Avoiding this kind of misinterpretation is possible when changes are stated in basis points.

When something changes by 20 basis points, it is clear that the change is 0.20 percent.

The basis points could indicate a change in the interest rates, bond yields, stock prices, and other financial assets.

The current interest rate is 1 percent.

A central bank says it will increase its benchmark interest rate by 50 basis points.

This would mean that the new interest rate would be: