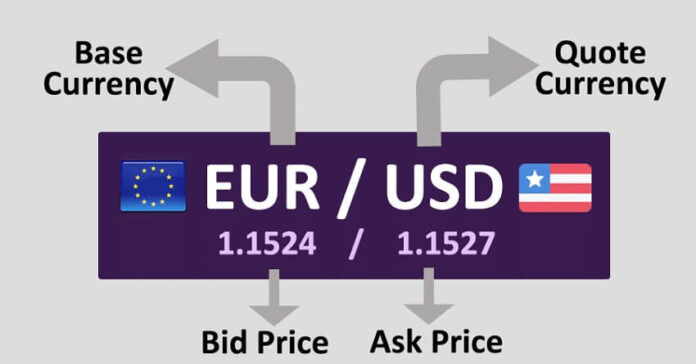 What is Quote Currency?

The quote currency is the second currency in a currency pair.

It is used to determine the value of the base currency.

In the forex market, currency unit prices are quoted as currency pairs.

The base currency, which is also known as the transaction currency, is the first currency appearing in a currency pair quotation.

The second part of the currency quotation is called the quote currency or the counter currency.

A currency pair’s exchange rate reflects how much of the quote currency is needed to buy (or sell) one unit of the base currency.

As the rate in a currency pair increases, the value of the quote currency decreases.

In forex, currency pairs are written as XXX/YYY or simply XXXYYY.

EUR/USD and USD/CAD are two examples of this format.

The abbreviations used for currencies are prescribed by the International Organization for Standardization (ISO). These codes are provided in standard ISO 4217.

Currency pairs use these codes made of three letters to represent a particular currency.

Currencies showing a currency pair are usually separated with a slash character. The slash is sometimes removed but it means the same thing.