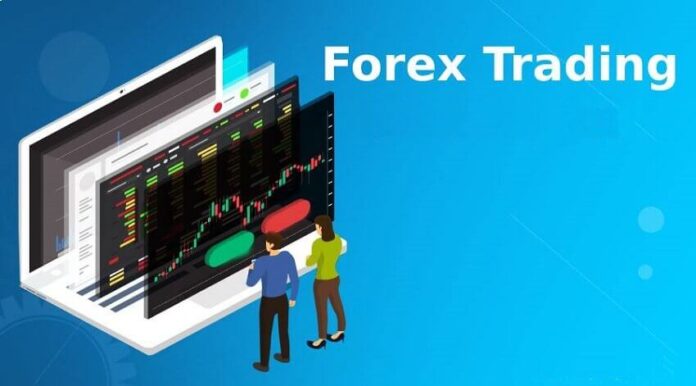 You are here:
Estimated reading time: 5 min
In this article

Forex trading is the simultaneous buying of one currency and selling another.

As the value of one currency rises or falls relative to another, traders decide to buy or sell currencies to make profits.

Retail forex traders participate in the forex market as speculators who are hoping to profit from fluctuations in currency rates.

Each currency in the pair is listed as a three-letter code.

The first two letters stand for the country (or region), and the third letter standing for the currency itself.

For example, USD stands for the US dollar and CAD for the Canadian dollar 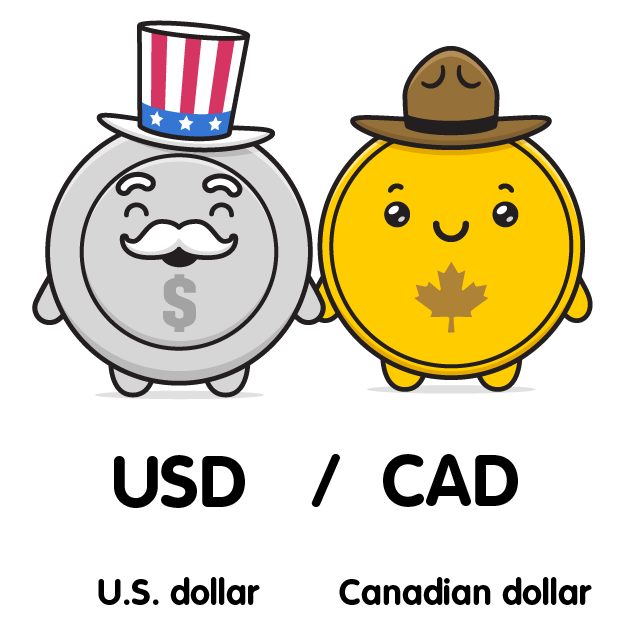 In the USD/CAD pair, you are buying the U.S. dollar by selling the Canadian dollar.

How to read a currency quote

The price of a forex pair is how much one unit of the base currency is worth in the quote currency.

For example, for the currency “EUR/USD”, EUR is the base currency and USD is the quote currency.

If you think that the base currency in a pair is likely to strengthen against the quote currency, you can buy the pair (“go long”).

If you think it will weaken, you can sell the pair (“go short”).

Trading is conducted over the “interbank market”, an online channel through which currencies are traded 24 hours a day, five days a week.

With a global daily volume of more than $5 trillion, forex is the largest financial market.

You’ll often see the terms: FX, forex, foreign exchange market, and currency market. All these terms are synonymous and all refer to the forex market.

All transactions made on the forex market involve the simultaneous purchasing and selling of two currencies.

These are called ‘currency pairs’, and include a base currency and a quote currency.

As mentioned earlier, forex trading is the simultaneous buying of one currency and selling another.

Currencies are traded in pairs.

For example, the Australian dollar and the U.S. dollar (AUD/USD) or the Swiss Franc and the Japanese yen (CHF/JPY).

These currency pairs typically have low volatility and high liquidity and account for nearly 80% of the trade volume on the forex market.

There are seven major currency pairs and they all contain the U.S. dollar (USD) on one side.

Learn more about currency pairs and the different types like the “Majors” and “Minors”.

How to Buy and Sell Currencies

All forex trades involve two currencies because you’re betting on the value of a currency against another.

Think of EUR/USD, the most traded currency pair in the world. EUR, the first currency in the pair, is the base, and USD, the second, is the counter.

When you see a price quoted on your platform, that price is how much one euro is worth in US dollars.

You always see two prices because one is the buy price and one is the sell.

The difference between the two is the spread.

When you click “Buy” or “Sell”, you are buying or selling the first currency in the pair.

For example, if you think the euro will increase in value against the US dollar., you would trade the EUR/USD currency pair.

Since the euro is the first currency (the base currency), and you think it will go up, you buy EUR/USD.

If you think the euro will drop in value against the US dollar, you sell EUR/USD.

If the trade moves in your favor (or against you), then, once you cover the spread, you could make a profit (or loss) on your trade.

Pips are the units used to measure movement in a forex pair.

A forex pip usually refers to a movement in the fourth decimal place of a currency pair. 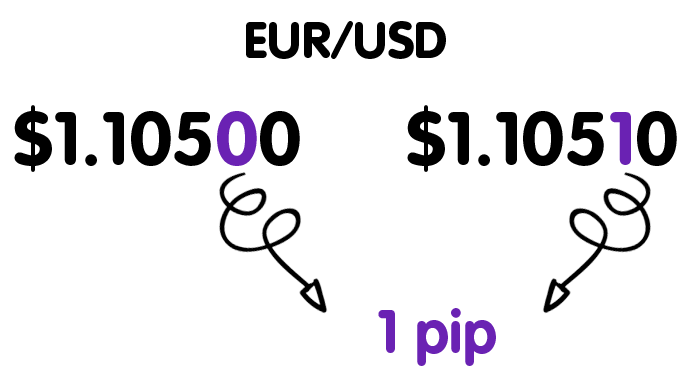 To learn more about pips, read our “What is a Pip?” lesson.

A “position” is the term used to describe a trade in progress.

A long position means a trader has bought a currency expecting its value to increase. Once the trader sells that currency back to the market (ideally, for a higher price than paid for), his long position is said to be  “closed” and the trade is complete.

The trader will then hold on to the euro in the hopes that it will appreciate, selling it back to the market at a profit once its price has increased.

A short position refers to a trader who sells a currency expecting its value to decrease, and plans to buy it back at a lower price. A short position is “closed” once the trader buys back the currency pair (ideally, for less than sold for).

For example, a forex trader looking to open a short position or “go short” the euro would sell 1 EUR for 1.1005 USD.

This trader expects the euro to depreciate, and plans to buy it back at a lower rate if it does.

Trading with a Broker

A forex broker acts as an intermediary between the traders and the liquidity providers.

If you want to trade currencies, the forex broker facilitates the execution of these trades.

Once you have opened an account, you can start trading currencies.

But in order to initiate a trade, a deposit is required for each trade.

This deposit is called the margin.

Trading with a margin account allows you to open a position without having to commit as much capital.

A forex trading platform is online software that enables traders to access the foreign exchange market.

It can be used to open, close, and manage trades from the device of its choice and contains a variety of tools, indicators, and charts that are designed to allow you to monitor and analyze the markets in real-time.

If prices are quoted to the hundredths of cents, how can you see any serious money when you trade forex?

The answer is leverage. 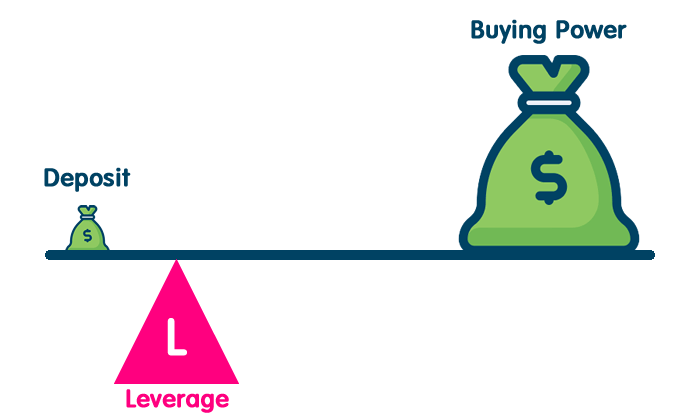 When you trade forex, you’re effectively borrowing the first currency in the pair to buy or sell the second currency.

The liquidity providers, which are large banks and non-banks, allow you to trade with leverage.

To trade with leverage, you simply set aside the required margin for your trade size.

If you’re trading 100:1 leverage, for example, you can trade $1,000 in the market while only setting aside $10 in margin in your trading account.

For 50:1 leverage, the same trade size would still only require about $20 in required margin.

This allows you to trade a bigger position size while reducing the money required to open the trade. 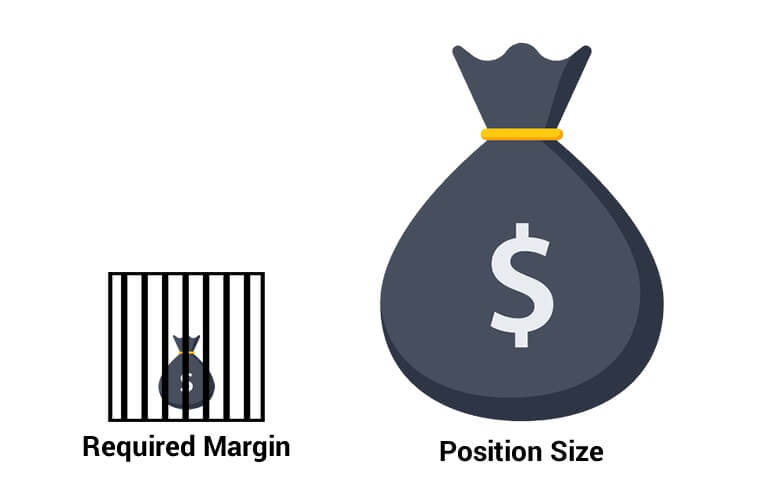 It’s important to remember that leverage does  NOT just increase your profit potential. It can also increase your losses, which can exceed deposited funds.

Leverage is “The Number 1 Cause of Death of Forex Traders“. When you’re new to forex, you should always start trading small with lower leverage ratios, until you know what you’re doing.

Do you feel overwhelmed by all this margin jargon? Check out our lessons on margin in our Margin 101 course that breaks it all done nice and gently for you.

A currency’s exchange rate is determined by the supply and demand of the currency in the market.

The supply and demand of a currency can be affected by:

For those new to forex trading, it is important to build an educational foundation before risking a lot of real money.

Understanding the forex market is critical

We recommend you complete our School of Pipsology, our free online course that helps beginners learn how to trade forex.