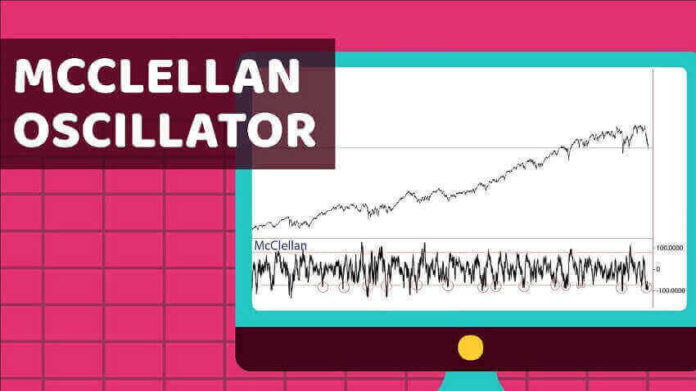 The Oscillator was developed by Sherman and Marian McClellan for use with the New York Stock Exchange (NYSE) and is currently carried on by their son Tom.

It is essentially a look at the momentum of the underlying breadth of the market.

When it is above zero, momentum is positive; below zero, it is negative.

It also works as an overbought/oversold indicator when it pushes above +100 or below -100, respectively.

During times of major trend change, the indicator will often hit an extreme, then the market will fail to react, suggesting a change in the market’s tone and a higher probability that the overall trend is changing. 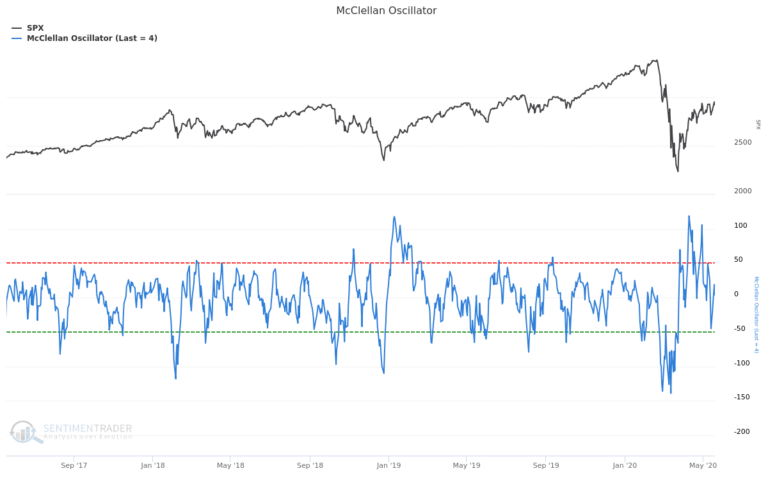 How does it work?

The McClellan Oscillator is taken by first subtracting the advancing assets from the declining assets for the entire market to determine the net advances and declines for the market.

The difference between these two moving averages, formed by subtracting the 39-day average from the 19-day average, forms the McClellan Oscillator.

Traders take this as a signal of the overall momentum for a market.

Signals in excess of 100 or -100 are signs that a market is either overbought or oversold, respectively.