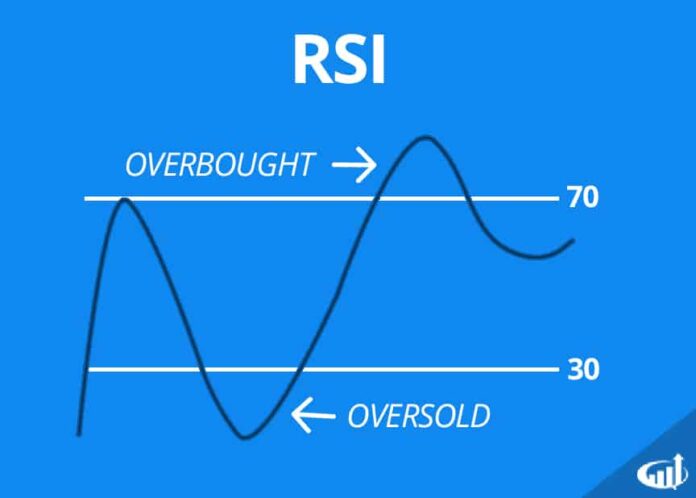 The RSI or Relative Strength Index is a technical indicator that measures the strength or weakness of a currency pair by comparing its up movements versus its down movements over a given time period.

It does this by keeping track of recent price gains and losses and compares them to the current price. The RSI indicator was created by J. Welles Wilder Jr. and first appeared in 1978, in his  book, “New Concepts in Technical Trading Systems.”

The RSI is considered a momentum indicator which means that it’s used to determine the speed and strength of price movement and whether the underlying momentum is strengthening or weakening.

Aside from helping traders identify price momentum, RSI is also used to identify overbought and oversold conditions, as well as divergence and hidden divergence signals

The RSI is displayed as an oscillator (a line graph that fluctuates between two extremes) and oscillates between 0 and 100. 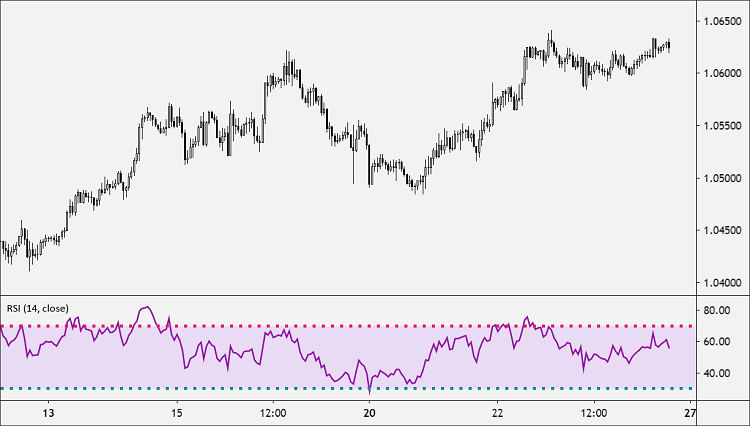 On a price chart, the RSI indicator is plotted as a single line that is calculated by combining the following information over a given period:

A ratio of these two values is used to create a measure that moves between 0 and 100. 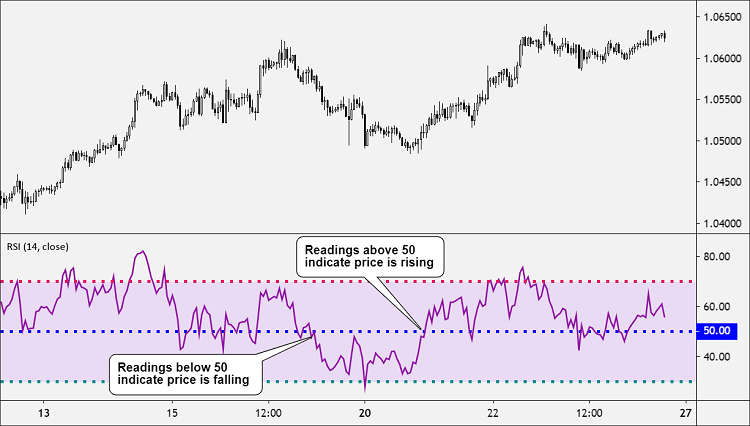 The RSI is considered “oversold” when below 30 and  “overbought” when above 70 so there are three primary “areas” to consider: 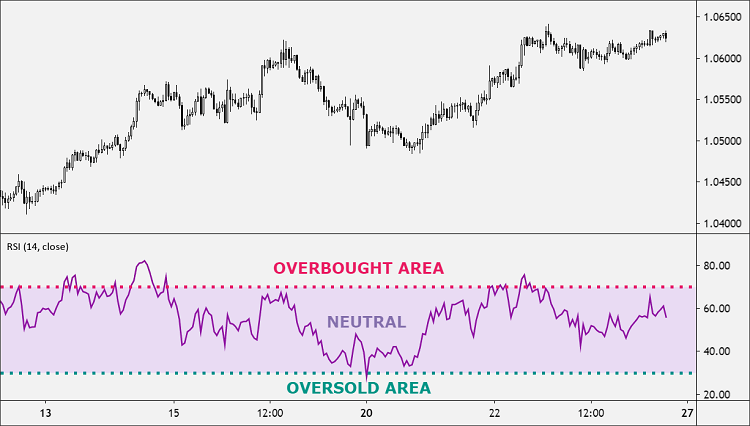 The default period setting for the Relative Strength Index (RSI) is 14 periods.

Traders do use different values, typically ranging from as low as 2 periods (for weekly charts) to as high as 25 periods (for shorter-term timeframes).

How to Trade RSI

The Relative Strength Index (RSI) can be useful in a variety of different ways. It can be used:

Let’s go over the different approaches to using RSI to generate trading signals.

An overbought signal suggests that the recent price rally may be ending (for the time being) and the price might soon decline.

An oversold signal suggests that the recent price decline may be ending (for the time being) and the price might soon rebound.

When RSI reaches an overbought or oversold level, you should treat it as a warning alert that the current trend may soon run out of momentum.

Just because RSI moves into an overbought or oversold level does NOT guarantee a trend reversal will occur, only that the possibility exists.

A buy signal occurs when the RSI falls to an oversold level (30 or less) and then rises back above 30.

A buy signal occurs when the RSI is previously below 50 and then rises back above 50.

A sell signal occurs when the RSI rises to an overbought level (70 or more) and then falls back below 70.

A sell signal occurs when the RSI is previously above 50 and then falls back below 50.

How to Calculate RSI

Calculating RSI is a multi-step process and involves measuring relative strength by comparing the average periodic gains and losses.

This is done by the following:

Lett’s take a look at the RSI formula using the default 14-period setting:

In the formula above, RS stands for “Relative Strength”.

Now we need to calculate the value of the Relative Strength (RS).

After you determine the value of the RS, you can apply the result in the first formula. This will give you the current RSI value.