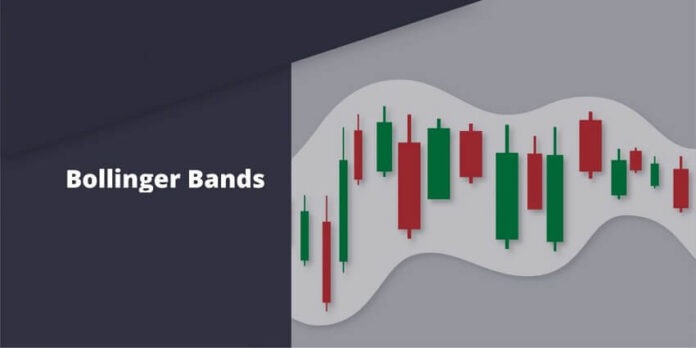 You are here:
Estimated reading time: 4 min
In this article

Bollinger Bands (BB) is a popular technical indicator created by John Bollinger that helps determine whether prices are high or low on a relative basis.

Bollinger Bands (BB) were created in the early 1980s by trader, analyst, and teacher John Bollinger.

The indicator filled a need to visualize changes in volatility.

Traders generally use Bollinger Bands to determine overbought and oversold zones, to confirm divergences between prices and indicators, and to project price targets.

Bollinger Bands consist of a band of three lines that are plotted in relation to prices. 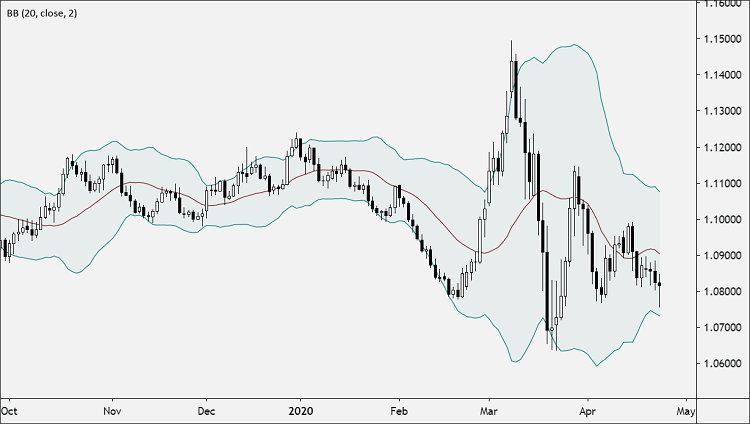 The SMA then serves as a base for the Upper and Lower Bands.

The Upper and Lower Bands are used as a way to measure volatility by observing the relationship between the Bands and price.

Typically the Upper and Lower Bands are set to two standard deviations away from the SMA (The Middle Line), but can usually be adjusted by the trader.

How to Use Bollinger Bands

Traders generally use Bollinger Bands to determine overbought and oversold zones, to confirm divergences between prices and studies, and to project price targets.

Some traders use Bollinger Bands with other technical indicators, such as RSI.

Another strategy is to the Bollinger Bands by itself.

Bollinger Bands differ from similar indicators such as Keltner Channels or Moving Average Envelopes in such a way that the width of the range is not constant, but it changes according to historical volatility.

Bollinger Bands are comprised of a Middle band (SMA), and Upper and Lower Bands based on Standard Deviation (SD) which contract and widen with volatility.

The Bands are a useful tool for analyzing trend strength and monitoring when a reversal may be occurring.

Bollinger Bands are not predictive though. They are always based on historical information and therefore react to price changes, but don’t anticipate price changes.